A Quick & Dirty Primer on Unconscious Bias (and What We Can Do About It): P1 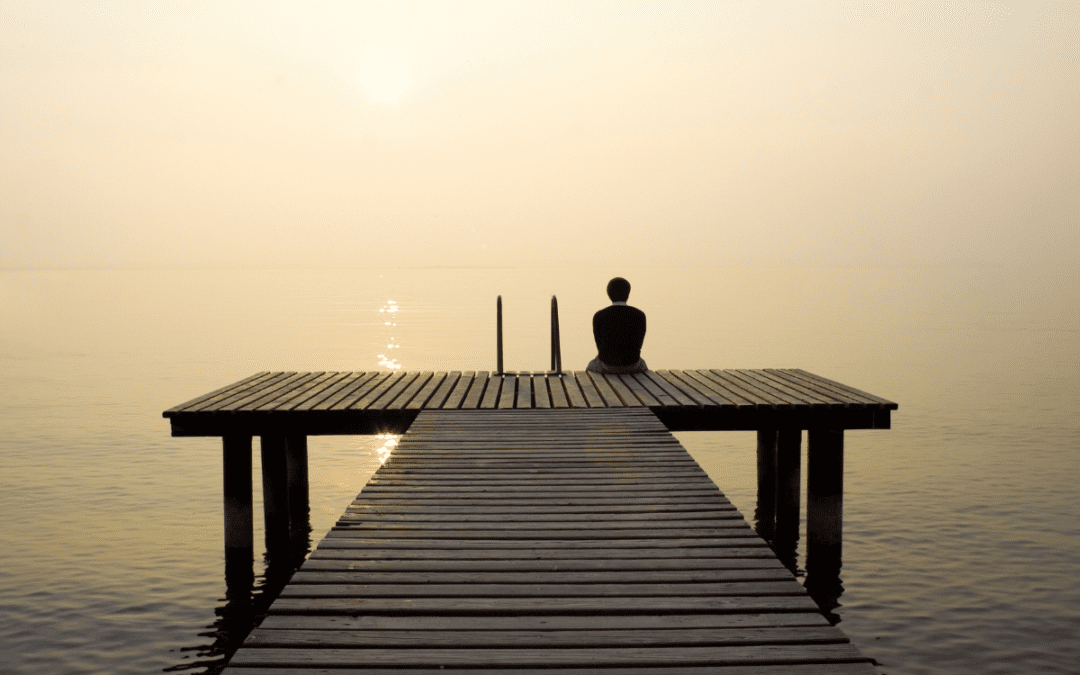 Do you know – really know – how many of your decisions are truly intentional, rather than unconscious?

Implicit bias is defined as: Bias resulting from the tendency to process information based on unconscious associations and feelings, even when these are contrary to one’s conscious or declared beliefs.

Implicit bias was first defined in 1995 by social psychologists Mahzarin Banaji and Tony Greenwald who determined that social behavior is influenced by unconscious associations and judgements. They created the Implicit Association Test, also known as the IAT, which measures unconscious bias in areas such as race, weight, gender, age, and disability. The test presents a series of words and images to measure how long participants take to choose between two words and their associations. If you’d like to take the IAT, you can do that by clicking here. I highly suggest you take it, because it’ll make all of this clear in a hurry.

Implicit bias is the result of our brain trying to simplify the world. If every time we looked at a tree we had to think, “Hmmm, brown bark, tall, branches, green things hanging off the end….oh tree!” – we would never get anything done. Our ability to function in the world relies on our capacity to store, process, and apply information. In order to do that, we make up shortcuts which are influenced by our family, personal history, culture, and the media we consume. These associations that we form about groups and their members then influence behavior toward the members of other groups, which has repercussions in school, work, and legal proceedings.

The invisible is much harder to change.

In order to change behaviors, we have to bring awareness to our unconscious bias. Implicit prejudice is uncorrelated with education level and poses a greater problem in those groups that favor egalitarian ideologies. Those who are more motivated towards egalitarianism are those that need to confront implicit bias the most.

Implicit bias is tricky because it operates past our sight lines of awareness. As a result, we unwittingly reinforce discriminatory behavior, thus creating a vicious cycle all beyond our consciousness. 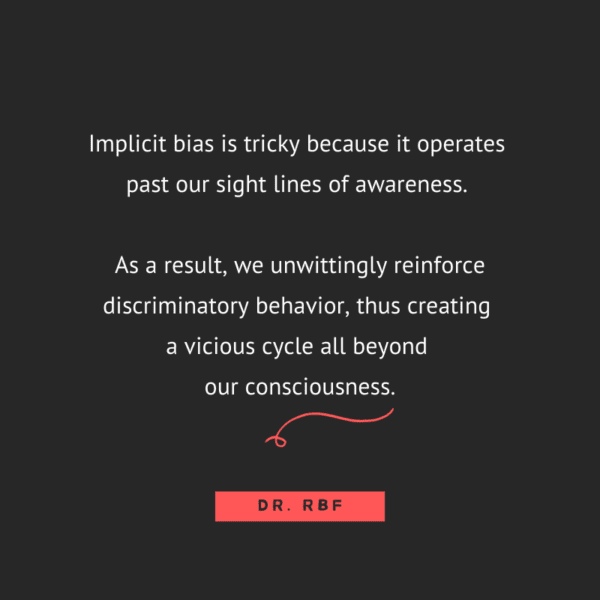 Here’s an example: Rumors often pass through a group of people. The rumors may not change the way one individual thinks of another individual specifically, but if the rumors are well known, it may change the way that the group behaves towards that individual without ever being spoken about. Then that becomes known or accepted as truth, all without being explicitly discussed.

Implicit bias appears without conscious intent, so it’s at play when the opportunity for thoughtful processing is limited. Remember, implicit biases are part and parcel of what makes us able to make quick judgments, rather than having to think through each item. We are more likely to do this when we are tired, rushing, or distracted. I repeat: humans are more likely to use their implicit biases when we are paying the least attention. That’s why we need to structure decisions in a way that minimizes fatigue and distraction in order to reduce bias.

Can you allocate enough time to respond to resumes? Can you plan time for decision making during a time of alertness? Minimizing distractions and making a concerted effort at attention can help us be intentional rather than unconscious.

TLDR: implicit bias is a necessary part of cognition that we can’t get rid of. It’s both a manifestation and a contributor to systemic “isms.” Implicit biases are based on pre-cognitive, involuntary ideas and feelings and are responsible for many disparities in society. In order to counteract implicit bias, we have to recognize that it is built into perceptions. We cannot exist without it, so we have to figure out how to work with it, so that we can actively confront our own bias to make change within our individual selves as well as society as a whole.