Why Wanting Feels so Good (but Ultimately Leads to Unhappiness) 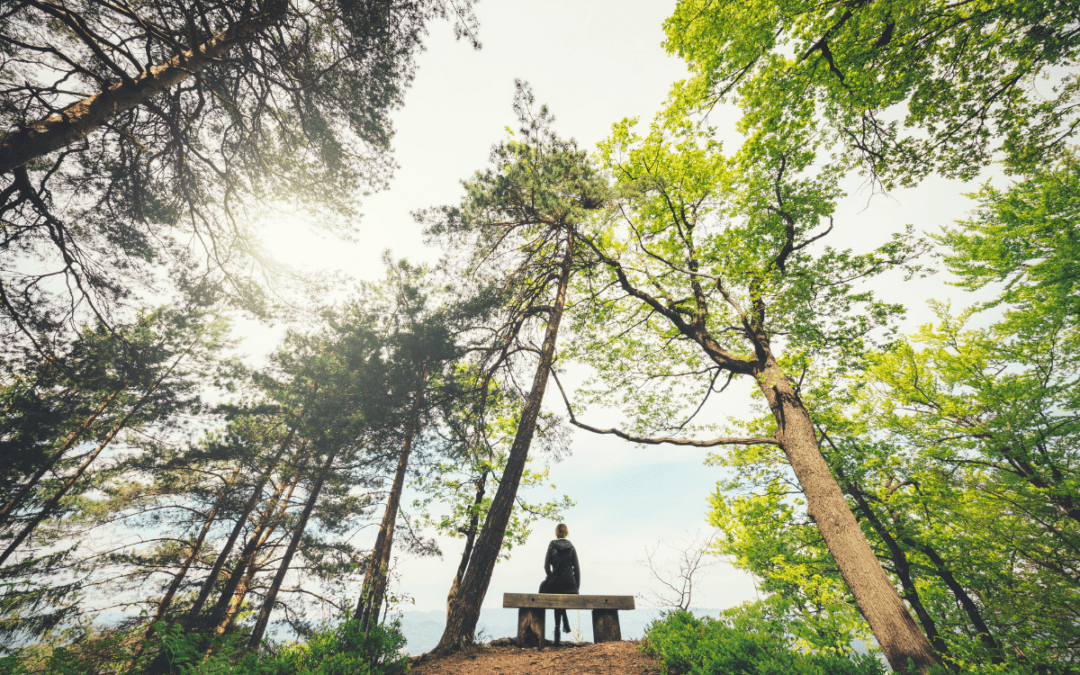 “Wanting is the part that feels the best.”

At four, my son was obsessed with animals. Brimming with facts about animals, he filled the air with a constant stream of chatter about animals and animal noises. He loved watching animal shows and pretending to be animals. They were the last thing he talked about at night, and the first thing he mentioned in the morning.

His play was animal-centric. Small plastic animals were all over the house: sheep in the cutlery drawer, giraffes in the laundry. Each night at bedtime, in his animal print pajamas, he lorded over his brood; deciding which pair of stuffed animals to snuggle with that night, a pediatric Noah’s Ark.

He had one particular stuffed snake, dearly-loved, aptly-named, “Snakey,” permanently coiled, the size of a tortilla. Snakey was his constant companion on outings, his chosen bedmate for weeks.

Until one day he decided he wanted, no, he needed, another stuffed snake. A new snake. A BIG snake. He was as captivated with wanting this snake as he had been about anything in his young life. The chatter turned to what life would be like with this snake. Descriptions of what the snake might look like, how he would feel when he had this imagined snake took over. This preoccupation was both sweetly endearing and slightly annoying.

After a while, he received the snake as a gift.

This snake was about six feet long, vividly colored with shiny eyes. He unpacked the snake from its packaging, sighing deeply, “I love it.” He played with the snake for days; wrapping the snake around him as he went, sleeping with it on repeat for weeks.

One day, he lay on the floor, eye to eye with the snake. He looked over at me and said sadly, “Mama, I thought this snake would make me happy, but it doesn’t.”

The truthfulness of that statement hit hard. All the feelings swelled inside of me.

Wanting is part of our human condition. Wanting creates striving. Wanting is what propels us forward towards doing. The wanting might be a thing, a shiny object of some sort. The wanting might be more money, recognition, or power; maybe a past relationship or an imagined one in the future. That’s the good stuff. Dig deep and wanting is at the bottom of our productivity; it’s at the core of our endeavors.

The problem surfaces when we convince ourselves that the getting will cure what ails us.

In truth, wanting is the part that feels the best. Wanting is associated with dopamine, a pleasure neurotransmitter. Meaning the very feeling of wanting creates a dopamine rush, which we associate with the idea of having the thing we think we want. In actuality, it’s the wanting that is pleasurable; once we have what we wanted, the desire finds a new focus. This process often leads down the rabbit hole of unhappiness because wanting creates a sense of displeasure with our current state. The mind thinks, “If I get that, then I’ll be happy.” Wanting takes us out of the present, focusing on the future or past, which is where the seat of dissatisfaction is located.

Basically, while in that space of wanting, we cannot be satisfied. 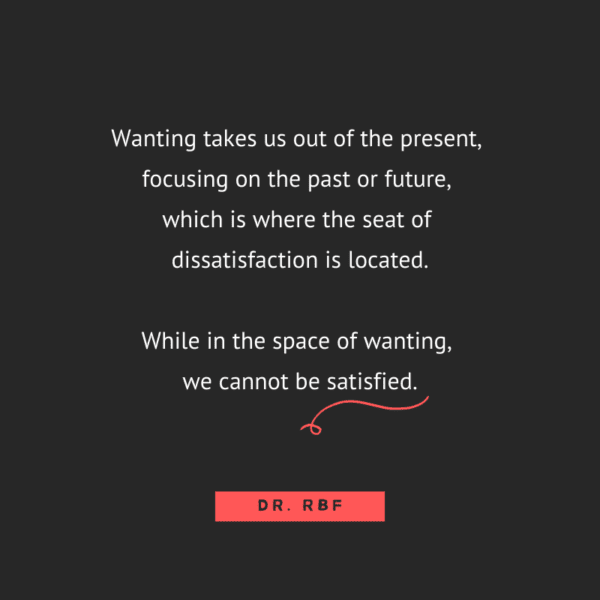 According to Buddhist thought, wanting (aka craving) creates unhappiness; it’s through eliminating craving that happiness is achieved. This concept is present in most religious traditions, and clearly shown in contemporary research: folks who are able to stay located in the present moment report higher levels of satisfaction. It’s a lesson I’ve had to learn again and again… and again. Staying present with what we have right now helps us to maintain a sense of equilibrium and enjoyment.

So knowing all this, I tried to stay present with my son in that moment. I recognized his sadness that the snake didn’t bring him happiness. I realized my own sadness that I can’t protect him from hard feelings; if he’s anything like me, he will learn the lesson over and over again too.

So, I tried my best and said, “That’s a good life lesson. Things won’t bring you happiness. You’ve got to find that inside yourself.” He looked at me, raised his eyebrows, turned away, and continued on playing. I have no idea if that sunk in or not, but it’s a reality he’ll face again as he grows. After all, even though he still loves animals, it’s only human to continue to want more than what we have.