Your Brain is a Meaning Making Machine 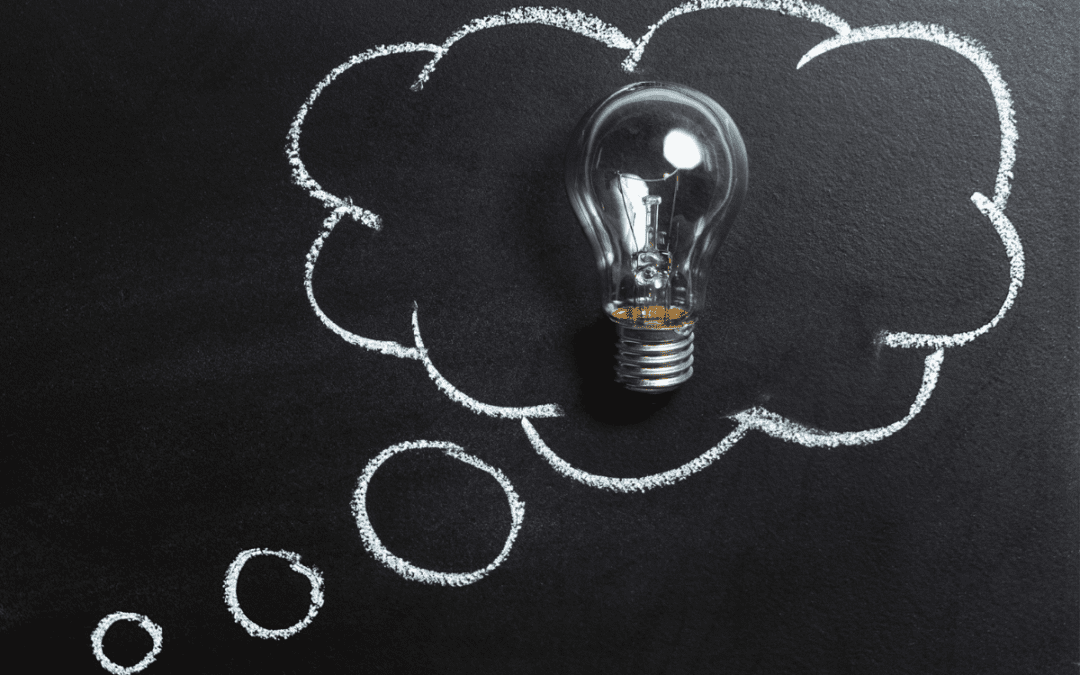 How much do you think about thinking?

Most of us are blissfully unaware of what is happening between our ears. When life is humming along we have the privilege of ignoring the biological components; neurons firing, neurotransmitters created; all working their magic together. We roll along oblivious to the different ways our brains control movement, language, memories, feelings and everything else that we do.

As a clinical psychologist, I think about thinking a lot. My professional gig is helping people when something goes awry. Usually, someone who is suffering and feeling poorly arrives asking for guidance to get their emotional ducks in a row. And it’s actually from understanding what happens when things go awry, that we learn how we work to feel better.

For example, there are a number of neural pathways to anxiety. The main one is the amygdala, an almond shaped mass of nuclei deep in the temporal lobe. The amygdala is colloquially known as the “lizard brain” because it is considered a vestige of a biological function related to survival.

Let’s set the stage. You are living in the jungle about to be pounced on by a tiger. Your amygdala senses danger and makes a split second decision which begins a cascade of biological triggers: adrenaline starts pumping, causing increased heart rate, blood pressure, and shallow breathing, among other things. The amygdala creates a sudden and intense unconscious emotional response that makes thinking difficult; when stressed our cognition goes off-line. You are poised to react, to fight, flee, or freeze in order to survive the tiger attack. You are not ready to do intense thinking, no calculus or crossword puzzles when you are about to be eaten by a tiger.

Super helpful if you are indeed being pursued by a predator; less helpful when the predator is an inbox full of emails.

The amygdala is also responsible for recording memories and where they are stored. Storage and retrieval depends on the level of emotion attached to the memories. Happy memories are stored differently than anxiety related memories. So when you are happy you have access to happy memories. Same-same for anxiety or any other emotional state.

Interestingly, the way we generate fear is the same pathway to creating excitement; same amygdala trigger, same biological cascade. So what’s the difference between panic and excitement? The difference is in our interpretation of the situation, our understanding of the feeling. 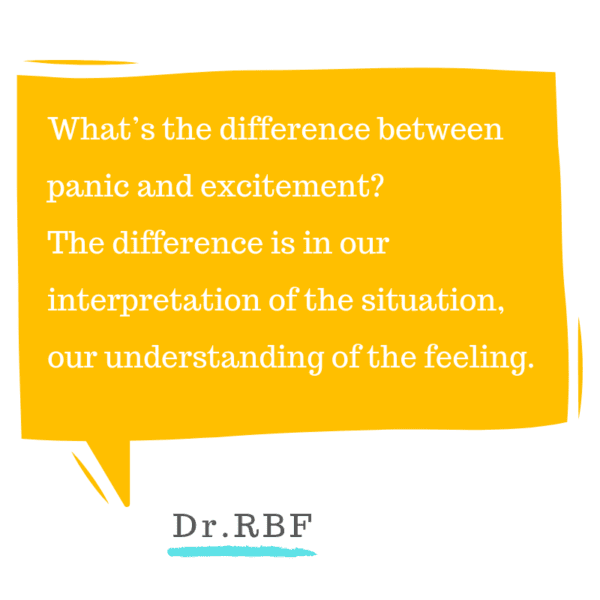 Let’s take a second to talk about the Umwelt. It’s a German word which means “environment.” Imagine a ladder. The umwelt is all the information that our brains perceive: noise, smells, sights, environmental factors, who we are with, how we are feeling physically, and more. We’re talking about the entirety of the pool of available data.

The reflexive loop of our beliefs affect what data we select next time. Can you see the endless opportunities for either self-referential cementing of past belief or… change?

Turning back to the anxiety triggers; when we are anxious the pool of available data is even smaller; the unconscious process, even stronger. Unless you can regulate your arousal state to inquire into your thought pattern you’re stuck playing out the same old game you’ve played for years. The same old hurts, the same fears, the same stuck places.

But here’s the thing: Every time you bump up against yourself you have an opportunity to choose.

You can unconsciously reach back into your life-long play book, and go that route. Or, you can try to regulate your arousal and inquire back down that ladder to understand where you started and see if you can change the game.

Attention is a habit. If we change what we pay attention to, we can change the habit. Each time you slow yourself down, take a breath and question your certainty you’re changing that habit. Every time you chose to respond differently (wait before sending the email, stepping away from the argument, listening instead of shutting down) you are reinforcing your new habit.

One simple thought has worked wonders for me.

I remind myself constantly, everyone is doing the best they can with what they’ve got.

With that mantra, I take myself out of the drama. I remember that people have their own reasons for their behavior. This puts me back in the position to make my own decisions about me. If they yell, that’s on them, I don’t have to respond. Rudeness becomes someone else’s issue not mine. I don’t have to feel what others are shoving at me.

I’m not perfect with this yet, nor do I expect to be. But repeating my mantra multiple times a day has changed the meaning that I make from the data that I get.