The Science of Yoga 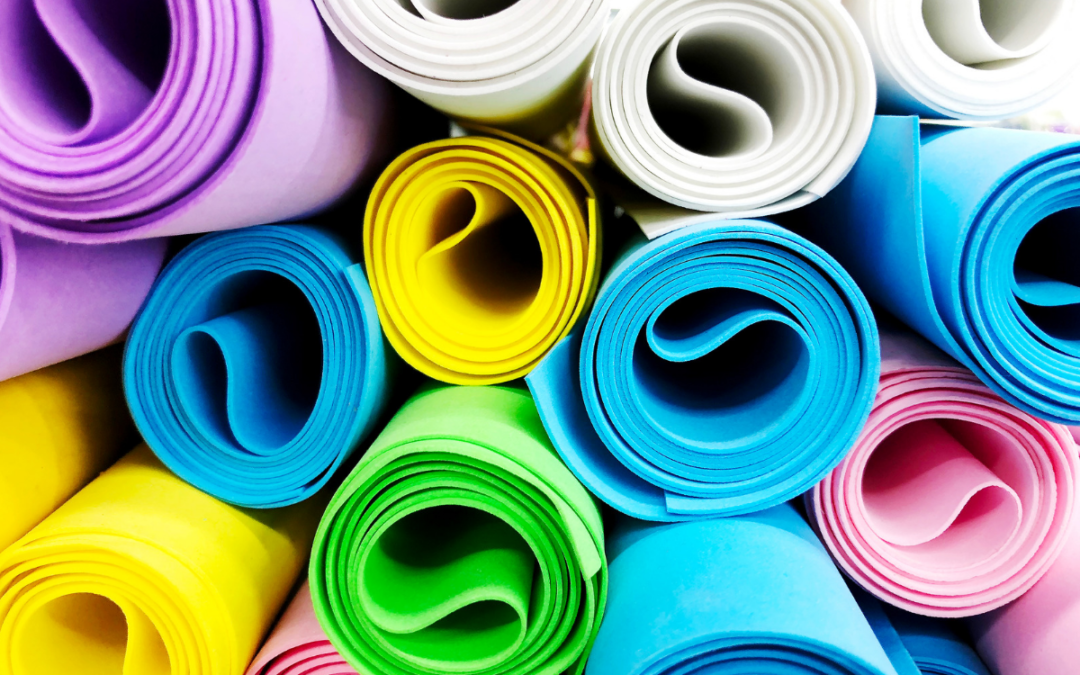 The first yoga class I took was in beautiful upstate New York. I had just graduated from high school. The teacher was a woman named Joan. I can still see her in my mind. I have no idea how old she was 40? 60? 70? She seemed ageless, willowy with grace and long hair pinned back at her neck.

What I remember most vividly was the peacefulness she radiated from the inside out. This was in stark contrast to what I had known thus far growing up in New York City. While most people I knew had an anxious energy to them, she seemed to exude stillness and grace. She led the class through a simple movement practice. I have no recollection what the postures were. I do vividly remember the feeling I had at the end of the class: I was calmer. Somehow the hour in that room, following her instructions to bend this way and that, left me more centered. I remember having the thought “I feel more like myself than before.”

I left that class wanting to know more and do more. I’ve studied and practiced in the years since then, and the effect remains the same. When I practice, I feel calmer. Then, I was interested in yoga’s effect on my own life. Today in addition to my personal love for yoga, as a clinician I’m interested in using the practice to help others create a sense of peace and calm for themselves.

So how does Yoga do that? Let’s talk science for a minute.

There are two parts of the brain that play a role in stress. There is the “emotional” brain, the amygdala and the forebrain structures including the medial prefrontal cortex, and the “logical” brain, which includes the dorsolateral prefrontal cortex, cingulate cortex, and hippocampus. Our emotional brain initiates the stress response which brings adrenaline and cortisol flooding our body. The logical brain tries to turn this off and turn on the parasympathetic nervous system to create the relaxation response. They are simultaneously communicating and arguing with one another. Moreover, there are signals all along our body, on a muscular level, on a neural level, a hormonal level, on conscious and unconscious levels that tell us to either get stressed or relax. If we are aware of the signals or switches, we can manipulate them to our advantage.

Yoga works the entire system, all these signals, in multiple ways. For example, every time we hold a posture, staying very still to concentrate on breathing or trying to balance, our logical brain is being activated as a way to calm the stress that comes from effort. You see, holding a posture creates a stress response, and as you maintain focus and continue to breathe, your prefrontal cortex is countering that stress reaction. This is how you train your mind to mitigate your stress response. First your mind learns to do this in a difficult posture on your mat, then you learn how to do the same when you are in traffic. 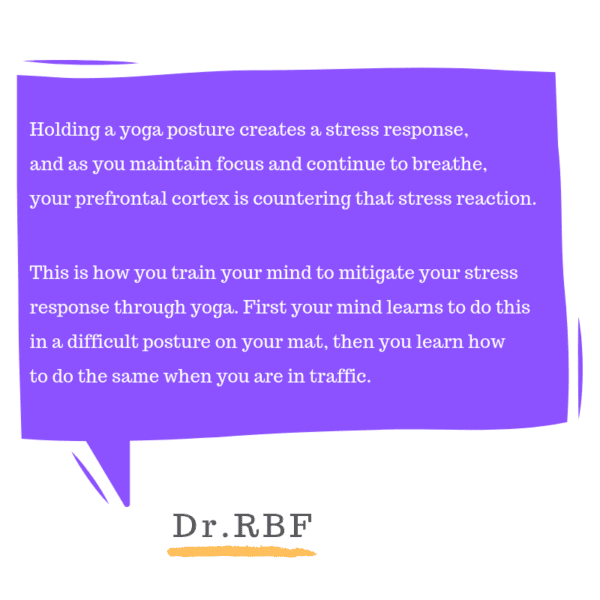 Yoga has tangible physical health benefits including stronger bones, more flexible muscles, and improved brain function. Through movement and breath, yoga increases the levels of serotonin and dopamine, which are the neurotransmitters responsible for feelings of relaxation and contentment. Yoga thickens the layers of the cerebral cortex, the part of the brain associated with higher learning. In fact, by learning new patterns of movement and stillness as we do in yoga, we increase neuroplasticity.

It takes time; it’s not instant gratification. Most progress is painstakingly slow, this is true in yoga as well. I didn’t imagine when I started doing yoga that one day I would go to India to follow a teacher there. I never imagined that I would use it off the mat as many teachers had said.

But… one day…. I had been practicing yoga about 8 years. I was having an MRI. (If you’ve never had an MRI, you are basically shoved inside an extremely small canister, and told not to move or breathe while intermittent, random, deafening, banging is happening all around you.) At some point I began to feel anxious, and I immediately, without thinking about it, started to do Ujjayi breathing. Ujjayi breath is a particular type of breathing often used in yoga. I had automatically switched to using this breath, only realizing that I had done it after I started to feel calmer.

Since then, I’ve done yoga teacher training and specialized training in using yoga for anxiety and depression. I’ve worked with people who said, “I am totally inflexible, so I can’t do yoga” which is entirely untrue. And I’ve worked with people whose yoga practice was regular and in-depth. I’ve seen the real life effects of this ancient practice on kids and adults. And the more I practice on and off the mat, the more that I realize yoga has more to offer.