3 Ways to Energetically Reset Your Body 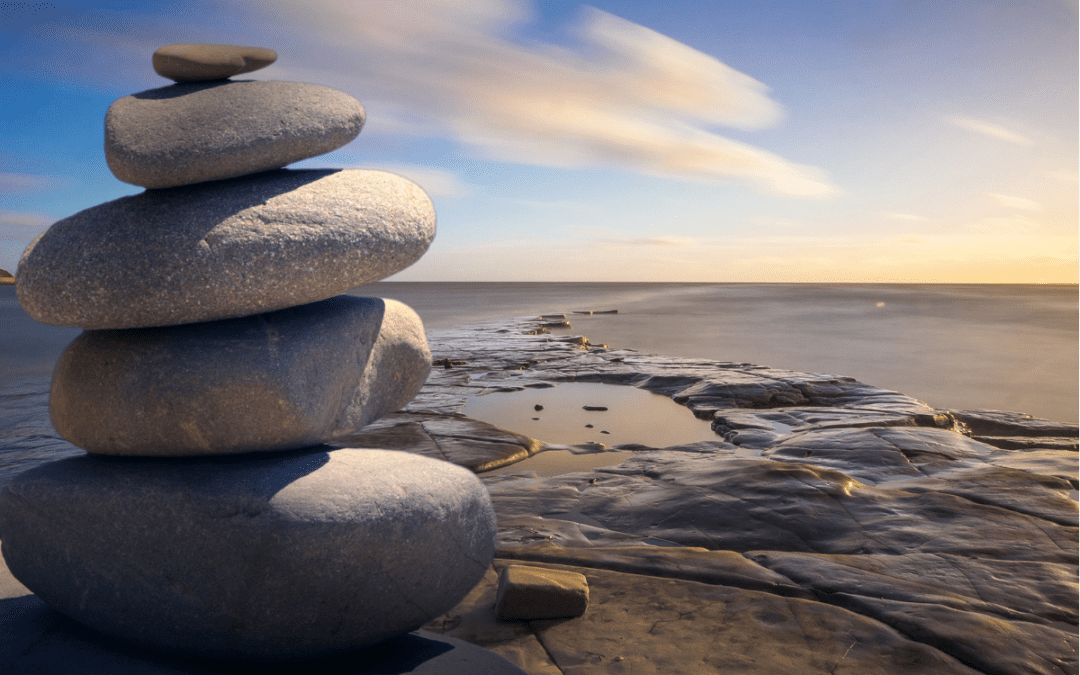 People come to me seeking change, wanting to “fix” something that’s gone awry in their lives. Even if they have a sense that the process will take some time, they usually yearn for a quick fix. People often ask me at the first session: How long will this take?

Here’s the thing: I have no idea how long you will need to change something in your life.

Here’s what I do know. If you want to make change, you have to slow down and become aware of what your needs are. Most of us are too busy doing to stay still long enough to listen to our innermost truth. I’m going to share what I think is quite possibly the best known secret to feeling better. The solution doesn’t cost anything, and you don’t have to go anywhere to find it. A huge part of the cycle of feeling better and doing better in life is… wait for it… rest and recovery.

We all need space to recover. I know it’s antithetical, bordering on heresy, in our amped up world where stress and exhaustion are displayed as badges of honor. But no joke, this works.

When I say recovery, I mean anything that allows our bodies and ourselves to energetically reset. But let’s start with the big one.

For too many people, sleep seems like a waste of time. I mean, I’ve said this many times in my life: “I can sleep when I’m dead.” Turns out, there is, in fact, a connection between not sleeping and death. When deprived of sleep, a lab rat will die just as quickly as if they are deprived of water and food. Let that sink in for a minute.

Sleep is vital for most species on earth. All animals sleep. Plants follow sun and heat cycles: morning glories open, and sunflowers chase the sun. Even bacteria seem to have “metabolic resting phases” of activity. Wild, I know. Human bodies also run according to day-night cycles known as the Circadian Rhythm. There are moments that we are supposed to wake, we have times of highest alertness, periods when we need rest, when we are hungry, and when we will most easily fall asleep. However, most of us caffeinate to wake up, myself included, and use other substances to relax or fall asleep. If you’ve ever had a night of insomnia or struggled with jet-lag you know: without adequate sleep, your brain becomes like an unruly toddler: impulsive, reactive, and over-stimulated. In fact, sleep deprivation has been utilized in the military to cause short term delirium and cognitive impairment. Any new parent can attest, sleep deprivation is a form of torture.

Unsurprisingly, sleep is vital for memory. People who cram and stay up late, do worse than people who study and then have a good night’s sleep. Sleep helps learning and memory in two distinct ways. First, a sleep-deprived person cannot focus attention optimally and therefore cannot learn efficiently. Second, sleep itself has a role in the consolidation of memory, which is essential for learning new information.

Likewise, sleep impacts physical health. Sleep is involved in healing and repairing cells. Lack of sleep is a stress on the body, kicking the sympathetic nervous system into overdrive, dumping cortisol and adrenaline into the system. This is your body’s way of preparing for battle; the amygdala fires up, heart rate is elevated, blood glucose levels rise, the immune system is suppressed. Sounds bad enough, but here’s the real kicker: the more activated the amygdala is, the more likely it is to get triggered again. So that’s why one night of insomnia often leads into a second night and starts off a painful cycle.

Chronically disrupted sleep is one of the earliest signs of disease. Ongoing sleep deficiency is linked to an increased risk of heart disease, kidney disease, high blood pressure, diabetes, and stroke. Studies with mice have shown that when exposed to light at random times over the 24 hour day, they experienced higher incidence and larger tumors than mice not exposed to the light interruptions. Humans engaged in shift-work over a long period of time have higher incidences of depression, cancer, and other illnesses. We believe this is connected to the disruption of the circadian rhythm and sleep-wake cycles. And crucial to my work with people – depression, anxiety, and suicidality all have a clear connection with sleep interference. 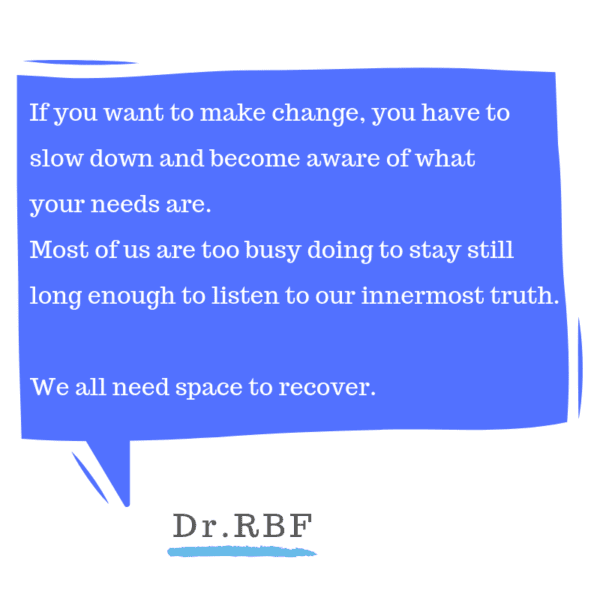 The prevailing thought for many years was that neuroplasticity was over and done with after childhood; we believed neural pathways were laid down and cemented by the mid-twenties. We now know that is not true. Our brains are constantly changing in response to experience and illness. High levels of sustained cortisol result in dendrite loss and even neuronal loss in vulnerable areas of the brain. Rest and recovery allows the brain to build new pathways and fortify those already existing. An integrated model of sleep and wellness places sleep in the center of other self care activities. Yoga, meditation, and breathwork all work together to activate the parasympathetic nervous system, lowering cortisol to desirable levels and increasing neuroplasticity.

For some people, it’s hard to imagine that sitting still and doing nothing can be good for health. But there is plenty of research proving just that. For starters, meditation improves concentration and attention. Teaching and using meditation has been shown to help both kids and adults with ADHD and trauma to rewire their brains for more success.

Then there is the Default Mode Network (DMN). As a quick refresher, the DMN is where our minds go when not engaged in another task. This is correlated with less contentment and more worrying. Here’s the good news: meditation quiets the DMN. Eight weeks of Mindfulness-Based Stress Reduction (MBSR) has been found to increase cortical thickness in the hippocampus, the area of the brain for learning and memory, and in other areas of the brain related to emotional regulation. There were also decreases in brain cell volume in the amygdala, which is responsible for fear, anxiety, and stress. Moreover, the participants reported lower levels of stress. Meditation changes both the perception and feeling of stress as well as creating physical changes in the brain.

In other studies, meditators had more grey matter than non-meditators. Grey matter is involved in seeing, hearing, memory, emotions, speech, decision-making, and self control. Grey matter seems to be more susceptible to aging. People with cognitive impairment (such as ALS or Alzheimers) appear to have less gray matter in their brains. Meditation lowers cortisol levels, heart rate, and blood pressure, leading to improvement in those with heart disease, diabetes, and high blood pressure. Meditation doesn’t just make you feel better, it actually helps your body heal. Need more proof?

Let’s move on to my favorite mindfulness practice.

Yoga originated in India, and is part of one of the world’s most ancient cultures. Yoga encompasses an entire philosophy of life including food, medicine, sex, sleep, and religion. Here in the west, we tend to focus on the asana (the movements). There are many types of yoga taught today, but all of them link breath and movement, which is why yoga is generally considered to be “meditation in movement.” Krishnamacharya, the father of modern yoga, felt that each breath cycle was an act of surrender. He believed that the entire point of the asana practice was so that humans could learn to sit and meditate. A yoga fable that I love tells us that Desikachar, a famous yogi, came to the west and saw that westerners had difficulty sitting still, and so he prescribed asana as a way to help people sit and meditate at the end.

In 1970 Swami Rama, a yoga guru raised in the Himalayas came to the Menninger Clinic and showed researchers that he was able to change the temperature of each of his hands, so that one hand was hot and one was cold. He was able to change his EEG (brain wave) reading to any of the four major types of brain waves then recognized: alpha, beta, theta, and delta. The western researchers apparently had a hard time believing what their eyes were seeing, and what the machines and apparatus were showing. After all, no one could figure out how he could possibly have such control of his internal bodily systems. The scientists wanted to know how he managed these feats, but he refused to teach people how to do these tricks. Instead, he reminded his students that the real goal of yoga is to attain serenity and meditation.

To recap: 20 minutes of mindfulness meditation, one hour of yoga, or a good night’s sleep have fantastic short and long term benefits. There are myriad other ways to rest and recover. And, important: I don’t claim that meditation, yoga, or a good night’s sleep will fix a failing marriage, or solve work or parenting struggles. But I do believe that this is a major part of life that we tend to run roughshod over. If you have doubts, I hope the science helps to pull you over to the other side.